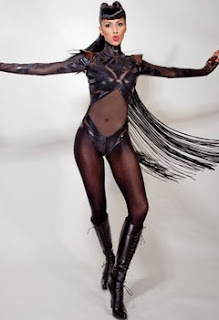 It's embarrassing to admit to enjoying music as vacuous and moronic as 'Poison'. Scherzinger's vocals are autotuned to robotic perfection; the production is pretty much bog-standard.
Yet I love it despite these obvious flaws. The song, though entirely meaningless (well, unless you consider Scherzinger's declaration of her formidable pulling powers meaningful), possess an energy lacking in plenty of "real" music. And best of all, it doesn't contain a single trace of forced sentimentality. It's just plain, bombastic fun.
I haven't enjoyed a cheesy pop song this much since I fell in love with 'Telephone' - that Lady Gaga one with the ridiculous video - last year. (Funnily enough, 'Telephone' is one of the only Gaga songs not written and produced by pop-factory RedOne - who are behind 'Poison'. Small world, right?) 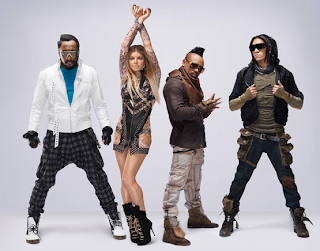 Another point of contention during the podcast was Black Eyed Peas' new song, 'The Time (Dirty Bit)'. Ben correctly identified it as one of the worst songs of the year, but (as I speculated) the public appear to disagree. With 'The Time', Black Eyed Peas seemed to have cracked the formula to a bona-fide hit:
( familiar, singable chorus + mindless electro-dance breakdown ) x familiar auto-tuned voices = £££

In this case, the chorus is lifted straight out of Dirty Dancing, albeit with contemporary autotune and synths. I've never even seen the damn film, yet I seem to know the lyrics off by heart. The breakdown, though an original composition, sounds pretty damn similar to a lot of recent hits like 'Riverside', 'I'm In Miami Bitch' and 'Pon De Floor'. (That other recent Will.i.am track 'Check It Out', which contains liberal sampling of 'Video Killed The Radio Star', gets away with it purely on the strength of the excellent Nicki Minaj.)
Truly, this is pop music at its most cynical. Say what you like about Nicole Scherzinger, at least 'Poison' isn't just recycling the same old rubbish. BEP's new album is called The Beginning - a name chosen because it's supposedly the beginning of a new phase of the music industry. God help us all if their evil plans come to fruition.
Posted by elliot