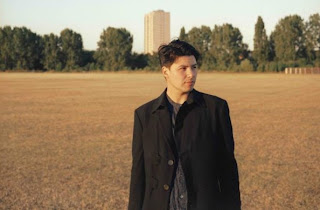 I came across a video today that really seemed to capture me. No, it wasn't the bulldog dancing to Notorious B.I.G (although that was awesome too), but a live, sort-of-a-cappella performance from Jamie Woon.

You might recognise the name - Woon recently placed fourth on BBC's Sound of 2011, though I confess that before today I'd never heard of him. Those lists can be troublesome things too - just see the winners from the past few years. Ellie Goulding's success was mild at best, releasing an overly electronic album that alienated her original fanbase, while all her new listeners are now likely to have moved on. That simpering cover of 'Your Song' definitely seemed to smack of desperation, and will ironically probably end up her most well known song. The year before that, Little Boots made even fewer waves than Goulding, with other acts in the top five including White Lies, who, whilst not awful, just seemed like a sub-Editors, who themselves just seem like a sub-Interpol.

Well, enough of slagging off other artists, and back to the point. When I first heard the track that you'll find at the bottom of this post, I didn't instantly fall in love with it. I took it in, gave a slight nod of the head, and moved on. But something, a little while later, brought me back to that video.

It starts simply enough - Woon walks onstage, twiddles with a few bits of equipments, and takes to the mic. First, he makes a beat. Then a simple vocal over the top. Then another vocal. And another, now harmonising. Looping and building, the first two minutes of the track, 'Spirits', is pretty incredible stuff. Many have likened Woon to the super-hyped (and it's looking deservedly so) James Blake, and you can see why, with a sound halfway between dubstep and Four Tet-style blissed-out electronics. Woon's voice is a little more R'n'B, and at times I must admit it all gets a little too Craig David. But for the most part, it's a really great song, expertly created - halfway through you have to sit and remind yourself how Jamie has built this song from the ground up. And that's pretty magical. I'll leave it at that for now, and let the track speak for itself:

Jamie Woon is touring the UK in February/March - check out the dates here.

Pre-order his debut 'Mirrorwriting' on Amazon here.
Posted by ben