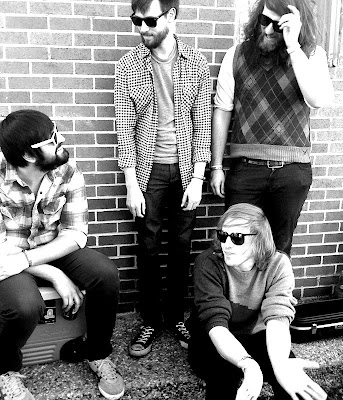 “We went on tour with Frightened Rabbit in America, the shows were incredible,” recalls Erin Elders, guitarist for American math-pop-rock four-piece Maps & Atlases. “One night we played in Minneapolis and we stayed at this hotel. The next morning there was this crazy hostage situation right above us. We woke up totally clueless of this situation that had been going on for hours! There were police officers in my face, saying ‘Go back in your room, there’s a hostage situation!’ I think they just tear-gassed the guy, and no-one was hurt, but we were sitting in that hotel room for hours.”

No matter what happens on their upcoming UK tour, surely there will be nothing as dramatic as that. That’s if they ever get here, mind.
“We’re definitely excited. Though I haven’t really prepared or started packing or anything and we fly out tomorrow!” Elders laughs.

Last year saw the release of the group’s debut full-length release Perch Patchwork, providing a different, but “definitely positive” recording experience to that of their two acclaimed EPs.
“From the early planning stages we knew it was going to be a full-length. We went into it knowing it was going to be challenging, whereas with the EPs we just went in and recorded what we had,” recalls Erin of the year-long process. “When we went into it, we knew we wanted to branch out with the instrumentation and expand upon the EPs.”

Blending the complexity of Foals-esque math-rock with the Afro-pop rhythms of Vampire Weekend, Maps & Atlases’ debut album boasts a host of intricate but melodic tunes.
“Once we realised that those elements were there, we tried to cultivate them a little bit. Early on, when Dave and I would start writing songs, we were influenced by free jazz and ‘70s prog-rock. The influences are really big. It’s all about crafting well-written songs, but maintaining that energy and joy of playing together.”

The album also served to widen Maps & Atlases’ appeal, moving beyond the attention of the devoted math-rock scene.
“For a long time our fans were people who are really into music, but it was interesting to start seeing people at our shows who were just occasional music listeners but who really liked it. That was great,” says Elder.

Now with the album completely finished, Maps & Atlases are ready to hit the road.
“The live shows are going to be very different from the album – there are horns and strings all over the record. When we do the songs live it’s a little more stripped-down and rock’n’roll. It’s translates well, just as a different presentation of the songs.” 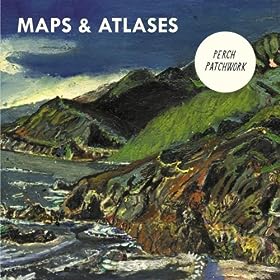 UK fans are most likely to have seen Maps & Atlases supporting Foals in 2008.
“In America, Foals are a pretty big deal as well. We became really good friends with them. But when they brought us over to the UK, it blew our minds! I guess we just didn’t realise how popular they are there. We flew over and did our first show to over 2000 people. Musically I think we have some similar influences, but we both kind of do our own things.”

Following the tour, Erin claims that the band “looks to start working on a new record pretty soon.” UK fans should take the chance to see Maps & Atlases before they go global.

Maps & Atlases are playing a few UK shows at the end of January - see dates here.
Their debut album Perch Patchwork is out now - buy on Amazon, or listen on Spotify.


Originally published in the Nottingham Post.
Posted by ben