So, it's been bloody ages since Radiohead's The King Of Limbs came out. But, a Radiohead album should never be judged on its first listen; rather, it should be allowed to soak in gradually, mature like a fine wine, and... Well, that and we never actually got our act together to writing about it. Luckily for us, Monday saw the album's CD release, and now seemed a good time, having lived with it for close to two months, to look back and assess just what The King Of Limbs is all about. Oh, and we couldn't decide who would review it, so we both gave it a shot. Enjoy! 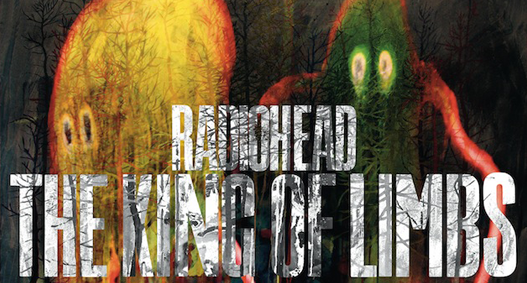 We can all breathe now. We can all stop fidgeting. We can all just relax, and let it wash over us. The new Radiohead album, The King Of Limbs, is here. The wave of hype has settled into a calm tide of relief. The album doesn’t suck. In fact, it really doesn’t suck at all.

Just like In Rainbows, The King Of Limbs was an album was in danger of becoming overshadowed by its release method. However, where In Rainbows had big, obvious musical highpoints which are clearly demanding of attention (the remarkably vibrant ‘15 Step’, the fuzzy crunch of ‘Bodysnatchers’ and delicate beauty of ‘Reckoner’), The King Of Limbs revels in subtlety. The album rarely reaches a crescendo, which isn’t to say it coasts; it maturely resists the temptation, in direct contrast to its announcement, to make a fuss. But since when have Radiohead ever been ones to do what people expect of them?

Opener ‘Bloom’ sets the tone for the album’s first half, all unsynchronised beats, electronic bleeps, with an unconventional bassline. Halfway through, the track descends into a head-scrambling blur of atmospheric synths and fanfares, before coming back with a monumental kick that could even almost be described as Radiohead’s equivalent of a ‘drop’. It’s a dense, at times claustrophobic, tune that initially comes across as more of a mid-album song than an opener, though a few listens cements it as another killer first track.

The mood established by ‘Bloom’ is continued by the stuttering ‘Morning Mr. Magpie’, with creepy lyrics (“Good morning Mr. Magpie/How are we today/You’ve stolen all my magic/And took my melody”) and, in an effect that appears across the album, guitars that sound like electronics even though they aren’t.

A recurring motif on The King Of Limbs is the blending of the natural and synthetic - it’s certainly one of the most electronic-based Radiohead albums, yet most of the lyrics are concerned with natural imagery, and the music has a deep, earthy tone. The organic acoustic guitar and piano of ‘Give Up The Ghost’ and ‘Codex’ sit in contrast to the beat-based tracks that precede them, whilst the majority of the tunes are framed by manufactured rhythms. You’ll understand how Radiohead made it to this sound, but yet again much of it sounds different to anything they’ve done previously.

The most different sounding of the eight tracks is ‘Feral’ - it may not be experimental in comparison to artists like Four Tet, who have been doing this thing for years, but within Radiohead’s musical spectrum it’s the furthest they’ve ever ventured in this direction, with looping synths and an almost James Blake-esque fractured dubstep sound.

That’s not to say that everything is different - after all, it wouldn't be a Radiohead album without a trademark 'depressing' piano ballad, would it? ‘Codex’ isn't that at all though - it's an immensely beautiful and uplifting piece that becomes an immediate stand-out, if initially by contrast alone. Reminiscent of 'Pyramid Song', it's, simply put, an absolute stunner, gorgeous and simple with production as pure as the "clear lake" that Yorke sings of. The building up of the trumpets in the third verse is a real 'shiver down the spine' moment. ‘Little By Little’, one of the darkest tracks, is also vintage Radiohead, with a guitar riff that’s both extremely creepy and sultry. The tribal percussion and murky, swampy sound (with an undercurrent of literally squelching electronics) fits the natural theme of the album, but it’s also one of the most notable uses of guitar.

First single ‘Lotus Flower’ (the most In Rainbows-sounding of the bunch) is one of the most overtly melodic tracks, sitting somewhere between low-key and brilliantly danceable. Thom Yorke's already shown us how to move to it, and when that bassline kicks in post-chorus, you'd be hard pressed not to shake at least something.

Album closer ‘Separator’ is truly dream-like, with lulling production - the drumming is crisp, the bass warm, and the vocals ethereal. That you may not remember much about it by the end certainly isn’t a criticism, and after a few listens it becomes an unexpectedly strong tune.

As with all Radiohead albums, The King Of Limbs is a record with incredible depth, which certainly offers more upon every listen, and should never be judged on its first. When compared to their other releases, The King Of Limbs is easily a strong four star Radiohead effort. But for any other band, this would certainly be a five-star atmospheric masterpiece. Some may claim that Radiohead could release anything and people will always dig deeply to find anything they can fawn over -  that may well be true, but if it is, it’s a privilege justifiably earned. The joy to be found within The King Of Limbs is in the subtleties that make effort and repeated listens essential, and once you’ve found them, there’ll be no turning back. 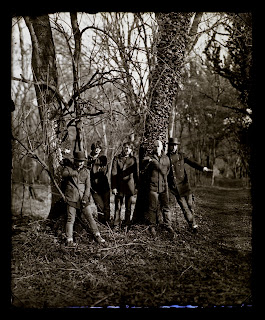 “Traveling through space at 293.37246 million billion miles per hour, past star systems and glowing golden suns, comes Radiohead's latest offering. So how do I review such an inherently perfect, flawless recording?”

… is how humour website SomethingAwful.com opened their spoof album review back in 2004, and indeed a new Radiohead record is still treated as a gift from heaven by their legions of fans - including us. Which leaves both musician and listener with a different sort of dilemma: how on earth do we all deal with this excessive hype?

Radiohead’s answer is to deliver an album that both defies and lives up to expectations. This isn’t an epic, game-changing album like OK Computer or Kid A, nor is it a flexing of their musical muscles like Hail to the Thief. Instead, The King of Limbs is a short, focused release with a relatively limited palette and closer to the likes of Burial than the alternative rock most were hoping for.

“Hoping for” is the key term here. We expect Radiohead to constantly be reinventing the wheel - but they’ve delivered an album with a sound not too unfamiliar from the quieter moments of In Rainbows and heavily influenced by contemporary music rather than following their own muse.

In fact, this is the band’s quietest and softest album to date. There are no big riffs or guitar solos, no massive sing-along choruses or soft-loud dynamics: instead, the band reject every rock ‘n’ roll cliche in the book.

Opening track ‘Bloom’ is unlike anything we’ve heard from Radiohead before: warm, relaxed and organic. There are trumpets - trumpets! - for the first time on a Radiohead album since Amnesiac (and even then, the melody of ‘Life In A Glass House’ is pretty melancholy). Listen to that jazzy bassline. It’s a revelation - Radiohead admitting for the first time in their careers that, actually, life maybe isn’t quite so bad.

‘Bloom’ included, the first four tracks are dense, polyrhythmic slices of gorgeousness; the band merging into a single music-producing organism, rather than just doing their own little things. Some have suggested the album is a Yorke-only affair, but the depth of sound is miles from The Eraser’s lonely electronic soundscapes. All combine electronic and acoustic instrumentation in a way seen only in Four Tet’s “folktronica” albums, and the result is a near-ambient bliss. To some it may sound like unstructured mush; it is, after all, an acquired taste, and couldn’t be further from the 90s alt-rock most casual fans associate with the band.

Normal service is resumed for the second half of the album, with some more traditional song structures and arrangements. Single ‘Lotus Flower’ is a groovy little grower of a tune, impressively catchy despite the absence any form of riff or refrain. The album then slows its pace with sibling tracks ‘Codex’ and ‘Give Up The Ghost’. Though quiet and emotional, they somehow manage stay as far from becoming ballads as possible.

Finally, ‘Separator’ breaks a tradition kept since The Bends - ending on a tragic note. ‘Separator’ is, if not truly happy, at least positive and uplifting. Yet after just 40 minutes - a short runtime for anyone but Tegan and Sara - the song fades out; a somewhat disappointing and underwhelming conclusion to the album. No wonder fans have read into the final lyric “if you think this is over, then you’re wrong”.

(My solution? Put it on again.)

Ultimately, despite its grand title The King of Limbs is not a massive, all-conquering release, nor an album that demands your constant attention. Instead, it’s an atmospheric gem lacking any fat whatsoever and filled with subtle details rather than bold strides forward.

Having shrugged off commercial pressures long ago, the band now don’t even care about hype - and that’s exactly how it should be. To misquote Peep Show’s Super Hans, no-one has worse taste than 'the People'; for Radiohead to produce the album 'the People' were expecting would have been a tremendous mistake.

Email ThisBlogThis!Share to TwitterShare to FacebookShare to Pinterest
Labels: album review, radiohead, the king of limbs