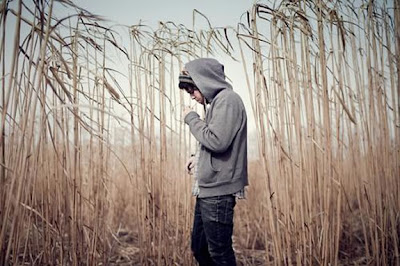 Here's an interview I did with the brilliant upcoming York-based singer songwriter Benjamin Francis Leftwich just before he played Newcastle's Cluny2 a few weeks ago (check out the gig review here). He was a lovely, chatty guy, so buy his new EP Pictures right now. Or, after you've read the interview, whenever's good for you.


How’s the tour been so far?
The shows have been really good, people have been coming, the venues have been great, it’s super good so far. It’s meant lots of driving though. I’ve never been to Newcastle before, but I’ve got a lot of friends here and stuff.

It’s obviously extremely difficult to make a name for yourself as a singer-songwriter – how did it happen for you?
It happened really organically. I spent a lot of years just recording demos and playing gigs and trying to do as much as I could. I recorded this little EP, A Million Miles Out, in London and released that, and people really connected with it. I’d say it was a fairly organic process, I don’t really know what happened, it was really gradual. We did the first EP and a little tour, and then we started getting some radio coverage and that spread. Online blogs have treated us really well too.

What was it like to get your first proper EP out there for people to hear?
It was nerve-wracking, but I didn’t really understand how everything would snowball so fast. I really didn’t think I’d get heard.

How would you describe the new Pictures EP?
Again it’s acoustic guitar-based, but it’s a progression. Even though some of the songs are really old and some of them are new. There’s a bit more arrangement on it, hopefully stepping more towards what the album’s going to be like. I always just go into the studio with the mindset of just doing whatever’s best for the individual songs.

Any details about the album?
We’re hopefully going to release the album at the beginning of the summer, possibly around May. It’s pretty much all recorded. I recorded it with Ian Grimble, a great producer, who produced the EPs. It was great, I’m really happy with the album. Some of it was recorded about half a year ago, we’re just touching it up at the moment. It’s totally crazy, I don’t really get used to the idea that I’ve made my debut. I try to just do it as I want to hear it.

Who are your favourite music artists?
My favourite is Bruce Springsteen, I absolutely love him! I love Ryan Adams too. I grew up listening to The Beatles and The Rolling Stones and Nina Simone – my dad played a lot of that when I was young. Current stuff? I love Arcade Fire and The National, and Tallest Man On Earth.

Are you a Radiohead fan? What’s your opinion on The King Of Limbs?
I haven’t heard the new album yet. I like them, but I’m not a big Radiohead fan. I really like Karma Police and Pyramid Song.

What’s been the most exciting part of your musical career so far?
Just having people come to the shows and saying they love the music, or that it’s affected them in a special way.

You’re touring soon with Noah and the Whale – how did that all come about?
A couple of guys at the label sent my song to them, and the band really liked it and invited me on tour. I really like Noah and the Whale a lot, I love the new single, it’s a big tune! I’m really excited to be heading out with them.

Have you got any festival plans this year?
There’s going to be a lot of festivals, nothing I can confirm just yet but it’s going to be great. I’ve only done Lounge on the Farm and Great Escape, a small charity festival in Sussex, before.

What’s the worst tour food you’ve ever had?
I played in Glasgow at the end of the last year just as we were releasing the last EP, and I had some really dodgy pasta which made me really ill. And it was a five hour journey home!

Benjamin Francis Leftwich – what’s your favourite sandwich?
I’d keep it fairly simple, no more than two or three fillings. I’m going to say avocado’s good. I’m a big avocado fan. Tomato and mozzarella is good too, and tuna on occasion. Yeah, that’d be my three!


Both of Benjamin Francis Leftwich's EPs are currently only £1.99 each on Amazon - what a bargain! Get A Million Miles Out here, and Pictures here!
Posted by ben