When Elliot and myself initially set out to create Quiff Pro 'Fro, we decided that pretty much the one rule for deciding what to blog about should be a simple one - just whatever we've been listening to. Whether it's a brand new album, a leak, a forty year old classic, a guilty pleasure or the best thing we've ever heard, if we're writing about it, it's because we've been listening to it alot, or at least plan to listen to it many more times. With that groundrule laid, we then set forth into the depths of the internet and, well... here we are now.

So, with that in mind, here's what I've been listening to a hell of a lot recently: BBC Radio 1. 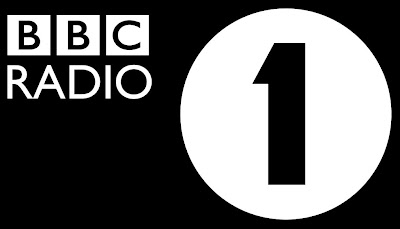 Two weeks ago, I started an Easter holiday job in a warehouse, working nine to five - what a way to make a living, or at least try and pay off some of my horrific student debts. So far that's meant ten days of just myself and Radio 1 in somewhat of a battle of wills in a Raiders Of The Lost Ark-esque warehouse (warning: article may contain exaggeration) with no windows and little contact from the outside world. It sounds like the set up of a buddy cop movie, two mismatched musical partners being forced to work together against the odds, except it's not particularly funny, and Fearne Cotton's dismal "banter" is by no means up to the genre standards set and maintained by the likes of Lethal Weapon, Rush Hour and Kiss Kiss Bang Bang. Why not just turn the radio off? Well, if there's a compliment that I can pay to Radio 1, it's that it's better than eight hours of silence.

Let's be fair though - I am being a little harsh here. As terrible as Radio 1 can be (which it really can at times - read on my friends), in some ways I've not particularly minded spending eighty hours of my life with it over the last two weeks. Perhaps, to continue the buddy cop metaphor, this is a partnership that might at first seem disastrous, but could work out well. However, for the purpose of suspense, and because doing the bitchy stuff is both easier and more fun to write, I shall start with my least favourite aspects of the station.

Every day, I turn up to work at 9am, and immediately I switch the radio on. The first hour is always bearable enough - sure, Chris Moyles is a bit of a dick, but some of his team are pretty funny, and I'm a convert to the suprisingly funny Carpark Catchphrase game, particularly the skit pieces with the legend that is Roy Walker. As I sit and sip my cup of tea (black, one sugar) and sort through the first few pressing matters of the day, the time passes swiftly. Before coming to a grinding halt. For 10am brings... Fearne Cotton. For three. Flipping. Hours. Her presence is announced daily by a moronic, mood-crushing yell of "mooooooorniiiiiiiiiiiing!" that sets the quality and intelligence level of the show at a low which is rarely surpassed over the the course of the following three hours. From here, it's pretty much all downhill until Greg James takes over at 1pm, whose show contains considerably more wit and some amusing games and features. But, enough about the presenters - the main issue at hand here is the music currently being played on Radio 1. In part one of Radio BlahBlah, I present to you these songs which have particularly offended my ears for the past two weeks: 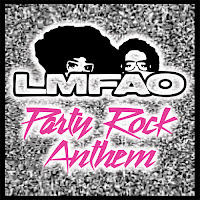 LMFAO - 'Party Rock Anthem'
OK, so this one's an absolute stinker. How can a song with three equally terrible synth refrains, and which is so meaningless, bland and derivative be so popular? Four words: "Every day I'm shuffling". Except what does that actually mean? Sod all, that's what. I don't think I'd be taking so particularly vehemently against the song if Radio 1 didn't insist on playing it literally about once every hour or so. It's genuinely mind-rotting stuff, I can't believe that it's a strong contender for number one.
p.s - Also they're called LMFAO. More like WTF?!


LMFAO - Party Rock Anthem (90 sec clip) by Interscope Records
This is just a 90 second clip of the song. I wouldn't subject you all to the horror of the full four and a half (!) minutes. Black Eyed Peas - 'Just Can't Get Enough'
The good news - Black Eyed Peas haven't gone for a cover of Depeche Mode. The bad news - this is another frankly terrible single.
The main thing about this song is that it once again showcases that Black Eyed Peas seem genuinely incapable of writing songs anymore. I can't confess to being a fan of their earlier work, but songs such as 'Where Is The Love' or even, shudder, 'I Gotta Feeling' (on a side note, please do take the time to watch this hilarious video) had lyrics, themes, and, most importantly coherence. However, compare 'Just Can't Get Enough' to 'The Time (Dirty Bit)' - with both, I have essentially the same problem. They aren't songs. The new Black Eyed Peas material consists of half-baked ideas and hyper-generic dance beats shoved together as a rudimentary sandwich, with a filling of a spoken phrase - be it "dirty bit" or "switch up" - which acts as a catalyst between the two outer bread-like song components. Not to mention the fact that Fergie's shocking vocals on 'Just Can't Get Enough' (like sour mayonnaise, if you're wanting more of the sandwich metaphor) make you yearn for the days she was autotuned and (possibly) sedated - yes, they're that bad. I'm looking forward to the craze for dance songs with pre-drop spoken utterances soon dying out. 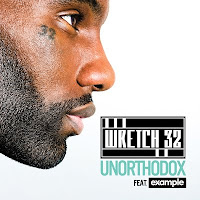 Wretch 32 ft. Example - 'Unorthodox'
Despite sampling the Stone Roses' 'Fools Gold', this one isn't too awful to be honest, with a ska-rap-pop mashup kind of thing going on (stellar music journalism as always on Quiff Pro 'Fro), but the vocals in the chorus begin to grate after a few listens. Also, it's just on ALL. THE FLIPPING. TIME. Which certainly gets annoying after a while. That, and I really don't like Example - he often comes across as a bit of an idiot. I've spoken to him before. Turns out he is an idiot, and a little bit rude. Jessie J - Price Tag
This one is really terrible though, I really don't get the hype around her. The tune to this is annoying, the lyrics are dire ("It ain't about the cha-ching cha-ching/Ain't about the ba-bling ba-bling"), and when she sings "We just wanna make the world dance/Forget about the price tag", which is an admirable sentiment, it's difficult to believe she really means it. There's no conviction in her voice; it sounds utterly unconvicing, like the lyrics and their meaning are completely disconnected, and after the stereotypical, cliched lyrics of the equally terrible 'Do It Like A Dude' it seems like a massive contradiction. Just to refer back to that song, is Jessie J's definition of what makes somebody a man (or a 'dude') that they grab their crotches and wear low hats? She needs to watch The Big Lebowski. Oh, and 'Price Tag' is played on Radio 1 ridiculously frequently as well. Are you seeing a theme here?


So, that's it for Radio BlahBlah: Part One - look back soon for Part Two, where I discuss, y'know, music I actually like. So as not to leave a sour taste in the mouth after a post full of bitchiness, have a free mp3 from a Quiff Pro 'Fro favourite, Benjamin Francis Leftwich, who is beginning to get a little Radio 1 coverage himself - he's just announced the summer release of his debut album called Last Smoke Before The Snow Storm, and so is giving away a cover of one of my (and his) favourite artists, Bruce Springsteen. Check it out below - I repeat, this is a song that I do like...