It’s a long while now since the release of ‘Death At The Chapel’, the two-minute punk track that established The Horrors as a mad, energetic band with oodles of character. It was, of course, overshadowed by the band’s obsession with silly haircuts and ten-minute sets, as well as intentionally macabre lyrics that never felt entirely genuine. After one album and a brief spell in the spotlight, no-one expected to hear from them again. 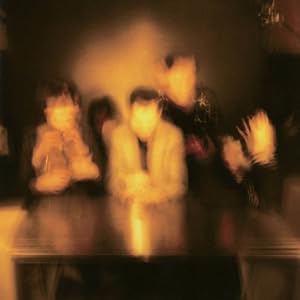 And then that album came out.

There have been few transformations, a least musically, than the metamorphosis that occurred between Strange House and Primary Colours. The leap from from three-chord sub-goth punk to energetic shoegaze was astounding: From the ambient introduction to ‘Mirror’s Image’ to the galacial synths of ‘Who Can Say’ and the distorted, mangled guitar riff of 'I Can’t Control Myself’, the record was a treat to behold.

The key track, of course, was ‘Sea Within A Sea’, a minimalistic beast of a song with no chorus and one the most beautiful synth arpeggios ever devised. Serene, psychedelic and immaculately arranged, it was a world away from the scrappy punk rock of their early songs and stepping dangerously close to electronica. Though narrowly missing out on the Mercury Prize (pipped to the post by the utterly undeserving Speech Debelle, whose career shortly imploded), the album went on to be hailed as one of the best of the year.

So here we are, two years later. Though many still write off The Horrors for their insistence on continuing to wear all black and have silly haircuts, this is very much not the band that once sang about “hacking at a sea of appendages”, as proven by ‘Still Life’, a new song released to the world yesterday.

The forced paranoia and cheap tricks have melted away - this is not the work of a punk band. This is pure psychedelica, a calm and blissful journey of a song that plods along at its own pace. Distorted guitars - once the lifeblood of a band who still retained a ‘garage’ sound inbetween all the shoegaze - have been replaced with an interweaving, reversed riff and massive 80s-style synth parts.

The song builds to an incredible crescendo and ends on that repeating, anthemic refrain. It’s simply glorious: a technicolour burst of controlled energy that manages to hit a spot so few psychedelic bands manage to reach.

Can new album Skying (due 11th June) top Primary Colours? If this first single is anything to go by, it could well do. One thing to consider, though: now that their music is warm and life-affirming, should The Horrors really be called The Horrors? The only thing horrible about ‘Still Life’ is that it only lasts five minutes and twenty-one seconds.

Email ThisBlogThis!Share to TwitterShare to FacebookShare to Pinterest
Labels: the horrors