Best Of The Inbox 2: Hey Sholay, Get People, WATERS, Wye Oak and Ill-iteracy

It's been ages since we did our first "best of the inbox", and when we asked for more music submissions I think we were probably a little naive in thinking we'd ever be able to sort through the mountains of bands (and PR companies) getting in touch. Nonetheless we've tried our best to sort through this madness to find some great bands you've probably never heard of. And if you've got some music you'd like to share, you can email us at contact@quiffprofro.com

Ben made a note in the inbox next to this band's email, describing it as "actually pretty damn good", and he's not half wrong. Hey Sholay produce great energetic indie rock with some really nifty songwriting. 'Gold Teeth and Goodbyes (A Song For Sparrows)' goes for an Animal Collective-style psychedelia, with nature sounds, floaty synths and a big crowd-friendly chorus. Meanwhile, a sleeker U2-like sound can be found in tracks like 'The Bears, the Bees and No Clocks'. Overall, one of the more original things to be found in our inbox this week, and highly recommended. 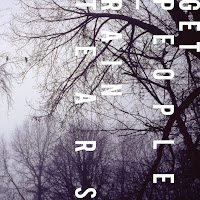 When I first began listening to Get People's 'Rain Tears', I thought of them as another trendy 80s synthpop ripoff. Then I thought perhaps they were another one of those Washed Out-esque chillwave bands (the horror!) - but listen a little closer, because this is a cut above the usual rubbish. Interesting rhythms, Klaxons-style layered vocals and some nice subtle dance influences mark Get People out - although the high-pitched vocals and the very influences I admire in them may make them a bit of a Marmite band.

Away by GET PEOPLE 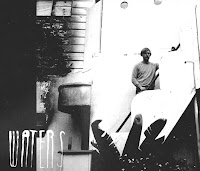 Enough of this psychedelic nonsense - how about some dirty, scuzzy guitar rock? Allow me to introduce WATERS, the solo project of the lead singer of some band called Port O'Brien (should I know of them..?), whose track 'For The One' is a lovely little slice of distorted fun.

WATERS - For The One by cityslang

I was going to introduce Wye Oak next as the best thing to come out of Baltimore since The Wire, but turns out Baltimore has a pretty good music scene going on (it's the hometown of Panda Bear and a personal fave, Celebration). Regardless, the band would still do McNulty proud, with a dark and atmospheric sound that sort of brings to mind Warpaint. They're playing a (sold out) gig in London next Thursday with aforementioned WATERS - should be pretty good if you manage to get your hands on some tickets!

Last, but certainly not least, is an underground rap group whose email arrived just in time for inclusion. 'Tick Tock' was sent to us with no introduction or description, but after three consequetive listens, I'm ready to label the keyboard hook of Ill-iteracy's song as one of my favourite finds of this round of BOTI.

Ill-Iteracy's (yeah I know, ignore the name) work is pleasantly understated, tackling worthy subjects with stunning production. It's a rare treat to come across hip-hop with such a spooky sound - reminiscent in some ways of another great underground rap group, Subtle. Plus, their album The Ensembly Line is available for free, and having taken a quick listen is definitely recommended.