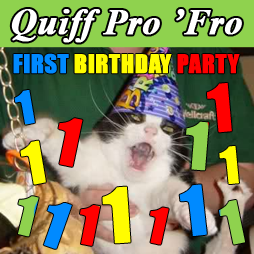 So, here we are - we’ve been posting cryptic tweets, random images and dropping not-so-subtle hints for the past few days. You might have wondered, what’s all this about? Chances are you didn’t, but the important part is the reason why we’ve been doing it - well, it’s because today is the first ‘birthday’ of Quiff Pro ‘Fro!

Yes, 365.25 days ago, the ‘Fro sat down on Facebook chat, and proposed to his be-Quiffed pal that perhaps a music blog might be a fun waste of time venture; a pun was formed, a website was hastily constructed, and our first article was posted: this piece on Victoria & Jacob.

Overall, it’s been a brilliant year and we’ve learnt a lot about running our own blog (often the hard way!). As a big thanks to all of our readers, followers and supporters over the year, we’d like to celebrate by inviting all of you to our FIRST BIRTHDAY PARTY!*

And what’s the best part of parties? Well, it’s got to be the cake and the party games, right? So for our first ever birthday party, having put on our brand new outfit (what do you think?), we’ll be giving away a special mixcake (you must be used to our terrible puns by now) full of some of our favourite tunes, as well as holding a competition where you can win these INCREDIBLE prizes: 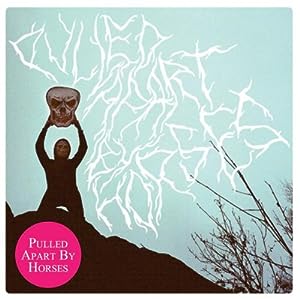 Dananananaykroyd - There Is A Way CD
Yes, you could win the new album from the incredible Dananananaykroyd! This is one of Quiff’s favourite records of 2011 so far, building on 2009’s mind-blowing debut Hey Everyone!
Heavy, catchy, silly, intense: amazing.

A perfect summer album, the second release from four-piece indie-poppers Thomas Tantrum is full of tunes that’ll sound at their best in the car on a hot day with the sunroof rolled back.

Bachelorette - Bachelorette CD
We have the latest album from Bachelorette, a great chilled-out blend of electronics and folky influences from New Zealand-based Annabel Alpers. The Like - Release Me CD
American four-piece The Like moved towards a ‘60s soul/pop sound with their second album Release Me - with some great vocal harmonies, you can see producer Mark Ronson’s influence all over this.

Badly Drawn Boy - Is There Nothing We Could Do? CD
He might not have ever bettered his exceptional Mercury-nominated debut album, but Badly Drawn Boy is still one of the UK’s most accomplished song-writers. His soundtrack to the Fattest Man In Britain is full of his trademark lush arrangements and beautiful melodies.


Thought that was it? Think again! We have loads more prizes to add to our massive giveaway! As well as those fine albums above, check these beauties out: 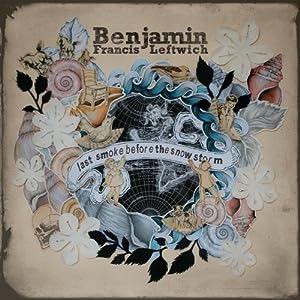 Oh yes we did! We've got a copy of Benjamin Francis Leftwich's brand new debut album Last Smoke Before The Snowstorm to give away to one of you lucky entrants! We've champion Ben for ages now (see this live review and interview), and since then he's become one of the few acts to get regular airplay on Radio 1 that isn't mind-bogglingly terrible. Yep, one of you lucky entrants could be getting a snazzy new addition to your wardrobe with this EXTREMELY LIMITED Attika State t-shirt! If you've not heard of these guys, I order you to check this out. Their debut album Measures is a beaut, mixing loads of styles of rock music and infusing them with insane amounts of catchy melody. You'd struggle to get this t-shirt (which, by the way, is the design as shown, but a blue shirt with white design) anywhere else!

Stars And Sons - In The Ocean 7" Single

Another prize for you turntable-lovers here, with this ace little vinyl single. Chances are you might not have heard this song before, but due to the wonders of the internet you don't have to just take our word for it that it's an amazingly catchy single of punchy indie-pop: check out the video here, and then realise how much you want this pretty limited vinyl!

Wolf Am I - Lead The Way CD


The debut album from Wolf Am I is the perfect prize for our readers who prefer their rock music darker and more brooding, but still decidedly catchy! Expect big things from these guys on the basis of this album. 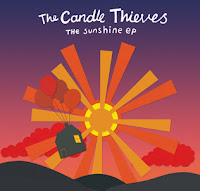 Acquant yourself with the cute folk-pop of The Candle Thieves with this four-track EP - just as sunny as you'd expect from the title, this would make a nice soundtrack for the summer months. 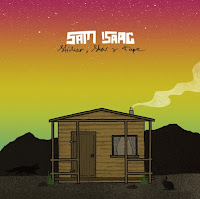 'Sam Isaac' may no longer be an ongoing musical project for singer-songwriter Sam Isaac Roberts, but it's not too late to discover his Get Cape-ish blend of guitars and electronics.

Another dose of indie-pop here, with the debut album from The Family Machine. There's a bunch of catchy tunes on here, definitely worth a look for fans of acts such as Supergrass, Badly Drawn Boy and The Thrills.


Exciting, right? And all you need to do for a chance to win all this is either:

a) Find us on Twitter, and give us a retweet on one of our birthday competition tweets and then tweet us a mention at @QuiffProFro with a nice birthday message (i.e. “@QuiffProFro - Happy birthday, you’re the best blog ever!”)


b) Go to our Facebook page and write a happy birthday message on our wall!


Yep, that’s all it takes! Just a few terms and conditions - each entrant will be entered into the competition only once from Facebook and once from Twitter. Also, for P&P reasons, this is a UK-only competition - sorry international readers! Closing date: midnight on Saturday 9th July - if you’ve won, we’ll contact you on either Facebook or Twitter!

*Party hats/hooters/non-musical-cake must be self-provided.
Posted by ben