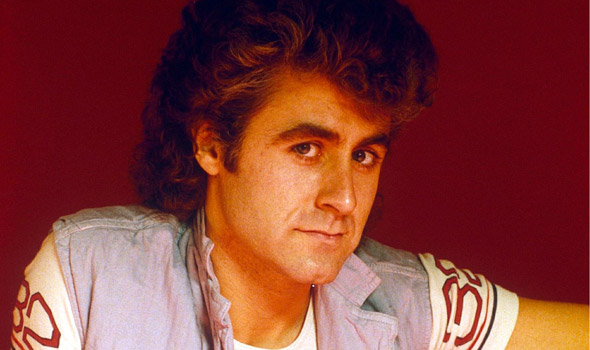 Though you're reading this on Quiff Pro 'Fro, for Elliot's sake I shall state explicitly that this post has been solely conceived and composed by myself. It's 'Quiff (No 'Fro)', if you will. For I shall, from the next paragraph forth, be expressing an utmost fondness for the sort of music that I'm sure many 'real' music critics (if such a thing exists) would turn their nose up at. So here's some wiggle room for the 'Fro in case this is just too embarrassing for him to bear.

I love the '80s. I frequently wish I'd been alive in the '80s. They had the best teen movies, the funniest fashion, and it was the decade that Batman got his balls back. It was the era of Born In The U.S.A, the beginnings of the Pixies and Graceland. But there's always some sidelining of certain aspects of '80s pop culture, especially when it comes to pop music. Whilst the aforementioned Born In The U.S.A and Graceland are deemed pop albums with real integrity, much of the chart music of the '80s is often viewed as being pretty awful. Many cried accusations of style over substance - and in lots of cases that would be true, though one has to ask themselves how any quantity of substance could ever possibly top the excessive style so prevalent in that decade. Many tunes from the '80s are usually seen as 'guilty pleasures', tunes with a certain novelty kitsch value; inevitable really, what with '80s production being so unmistakably of its time.

But here I present a song which I absolutely love with no irony and no sense of it being a 'guilty pleasure' - John Parr's 'St. Elmo's Fire (Man In Motion)', the song from the brat pack film of the same name.

Originally written about a Canadian athlete on a world tour in his wheelchair to promote spinal cord injuries (excellent, I know), it's one of those supreme, uplifting motivational songs that the '80s did best. Just listen to that beast of a chorus, overflowing with increasingly grandiose and brilliantly ridiculous visual metaphors of eagles, horizons, mountains and seas - that kind of stuff simply wouldn't pass in the charts nowadays. Here in the '10s (is that what this decade is being classed as?) it's all just David Guetta lusting misogynistically after every bitch/chick/bad girl (delete as (in)appropriate) he can shake his knob at. The fist-pumping optimism of 'St. Elmo's Fire (Man In Motion)' is so impossibly buoyant that it never fails to raise a smile - it's so OTT that it passes all the way from being one giant cliche back around to actually being pretty damn brilliant. Those lyrics also happen to coupled with a genuinely stunning melody, catchy enough that it'll stick in your head all through the day (whilst conveniently providing you with a constant flow of positivity) and appearing even better than you remembered it being every time you listen to it, whilst the constantly bubbling synths underlying the whole song give it a real momentum. The chord progression in the verses, well, it simply just does it for me. I don't really know how to describe it, it just sounds really bloody good. 'St. Elmo's Fire (Man In Motion)' is a song so extravagantly '80s that I'm sure many will scoff at it, but remove any cynicism and it's actually just a really brilliant pop song.
Posted by ben