Is That A Docket In Your Pocket, Or Are You Just Pleased To See Me? 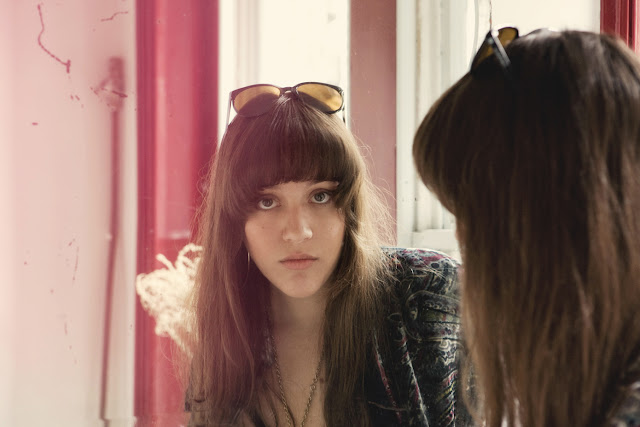 For now though I shall divert your attention to a track from Rose's Dead Flowers EP - released as an appetiser to Own Side Now's main event. It's an altogether more idiosyncratic affair, a distillation of Caitlin's razor-sharp wit and world-weary sarcasm (though she's only 24), though steeped in traditional country themes - namely heartbreak and drinking. As ever, her voice is absolutely astonishing, capable of transforming from a soft whisper to an almighty belt in seconds - just see her cover of Patsy Cline's 'Three Cigarettes In An Ashtray'.

I only got round to picking up a copy of Dead Flowers a few months ago when I went to Caitlin's gig at the Musician pub in Leicester - she was as brilliant as the previous time I'd seen her in Newcastle, with a fantastic collection of musicians as her backing band (I was again transfixed by slide guitarist Spencer Cullum Jr), an easy onstage presence and - THAT VOICE. Coming back for a double-encore, she finished with a counfounding rendition of Dead Flowers closer 'T-Shirt' - just her and a tambourine. No guitar. It was an amazingly brave performance, and an absolute stunner leaving the entire audience with their spines tingling and neck-hair (ew) standing on end.

Anyway, I digress - I picked up a lovely 10" vinyl of Dead Flowers which I was lucky enough to have Caitlin sign. I'd like to pretend I played it cool, but I definitely stuttered out something along the lines of "OMG THAT WAS SO GOOD THANKS SO MUCH OH WOW THAT'S AMAZING THANKYOU THAT WAS REALLY INCREDIBLE THANKS". When I listened to it, the song 'Docket' immediately jumped out at me and has been on repeat (along with the rest of the EP, which, if you like Own Side Now is definitely worth a purchase) ever since. It's got a slightly Kimya Dawson feel with a sing-song 'woah-oh-oh' refrain, and a humourously rebellious youthful obnoxiousness to it. Give it a listen, pick up the album and EP, and then whatever you do make sure you see Caitlin Rose live.

Buy a copy of Own Side Now here, and Dead Flowers here. DO IT.