Mausi Are Back! And This Time, They're Coming After Your Retinas... 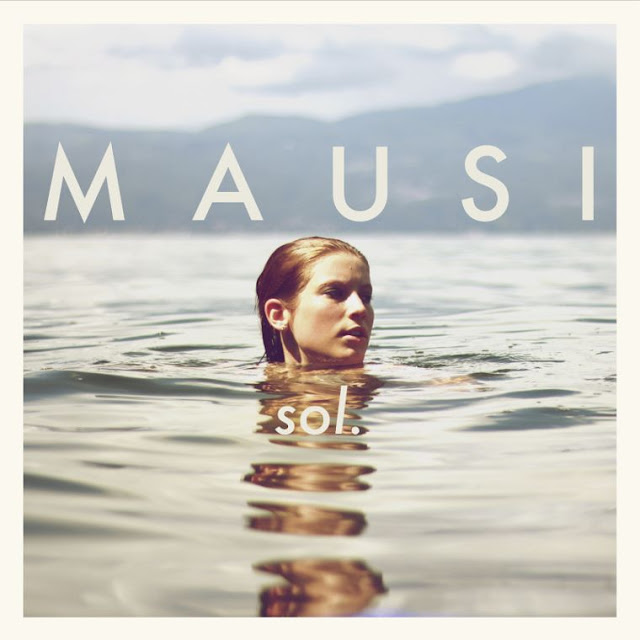 Back in February, a music video caught my eye. Poking around into Newcastle's local scene on YouTube brought up the then-unreleased debut single from Mausi, a spectacularly catchy guitar-based pop-rock ditty with a sweet video filmed on the North-East Metro line. 'Follow Me Home', as its title might suggest, refused to leave me alone, and so I headed along to the single launch gig at the Cluny and was genuinely blown away by the knack for big melodies that this little four-piece seemed to be able to knock out at will.

After a quiet few months (despite the odd hint appearing on their Twitter feed and a brilliant set at Evolution Emerging), Mausi are back with their next single, and fair to say they've seriously stepped up their game. Available to download now for free at http://www.wearemausi.com/, 'Sol.' presents a different side of Mausi's sound, with gleaming synths taking centre stage. Where 'Follow Me Home' was Phoenix-meets-Sky Larkin, 'Sol.' is more Phoenix-meets-Justice. Yep. The sun-kissed synths and choruses of kids chanting 'DANCE!' brings to mind Justice's monster hit, erm, 'D.A.N.C.E', while the chorus sticks to Phoenix's laid back, ridiculously cool melodic pop.

'Sol.' is a dizzying concoction of handclaps, funky basslines and disco strings with spot-on production. There's a lot going on within three minutes, but it never feels crowded or forced. Beneath all of the studio trickery lies a simply brilliant, catchy summery pop song full of youthful hedonism, blue-skied optimism and an unwavering, unmistakable dazzle of warm, bright sunshine; all of which sounds a bit ridiculous and OTT until you actually hear the track. If possible, it's even more catchy than 'Follow Me Home'.

I really, sincerely hope that this little band from Newcastle reach the audience they deserve when they make massive, astonishingly catchy pop music like this. With some exposure, this could be the big hit it totally has the potential to be. In the space of just two singles, Mausi have already become the brightest hope for the increasingly impressive North-East music scene, and I honestly can't give it enough praise. Mausi, we 'Sol'-ute you!

To regain hope in humanity after that frankly terrible pun, check out the rather spectacular video to 'Sol.' below in all its summer-drenched glory, and believe the hype.


M A U S I - sol. from wearemausi on Vimeo.
Posted by ben

Email ThisBlogThis!Share to TwitterShare to FacebookShare to Pinterest
Labels: mausi