Surfer Blood Are In My Veins 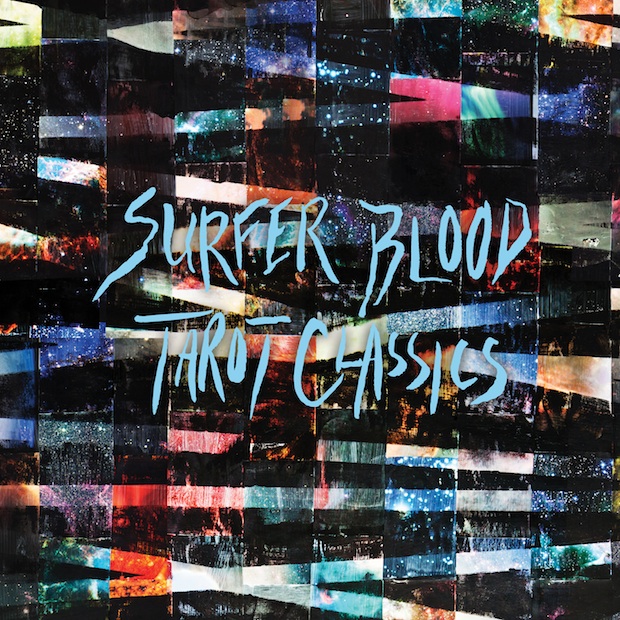 Did you think the Summer was over? It's September already, and it's a grey evening out there, so I don't blame you if you think it is. Well, you thought WRONG. Don't feel bad about it though.

I'm going to keep this short and sweet. Partly because the track that this post is about will pretty much speak for itself if you, as I will implore you to later, turn it on and crank it up as loud as physically possible (or at least as socially acceptable), and also because the sooner you hear it the better.

I love Surfer Blood. First album? Ace melodies, Weezery nerd-rock stylings with liberal sprinklings of surfy summer goodness, Beach Boys harmonies and an angsty undercurrent. It also had a phenomenally cool album cover with a big shark on it. If you missed out on Astro Coast last year, get it, stick it on repeat and rock the heck out.

But before you do that, check out 'Miranda' off the bands forthcoming EP, the brilliantly titled Tarot Classics. It's more addictive than crack (not that I've ever tried crack), catchier than the England cricket team at this year's Ashes (topical sports reference!) and if I could inject it intravenously, I probably would (total lie, headphones are more than sufficient).

It's a blast of pure foamy surf goodness, weirdly super upbeat and chilled at exactly the same time. The verse sounds like a chorus, the pre-chorus sounds like a chorus, the middle 8 sounds like a chorus, and the chorus IS a chorus. It's that damn catchy. The closest comparison I can make (call me lazy or whatever) is to Bossanova-era Pixies, when Frank Black got all obsessed with aliens and surf-rock. Also, that album had four awesome tracks each named after women ('Cecilia Ann', 'Velouria', 'Allison' and 'Ana'), and this one's called 'Miranda', so there's that too. Now I'm gonna shut up, and implore you to give this a listen and TURN IT UP REALLY REALLY REALLY LOUD. I also implore you to listen with good headphones. And I implore you to put this and Mausi's latest single on a 'Summer Isn't Over Yet' playlist. I hope you feel implored.

Surfer Blood - Miranda by Too Good For Radio

Tarot Classics is out on October 25th, and not a minute too soon.
Posted by ben