Three Anti-Valentines Albums For the Lonely and Disillusioned

For many, February 14th is one of the most excruciating days in the Gregorian calendar. For lots of people it’s lovely – cards, gifts, maybe breakfast in bed, champagne, roses, flowers, candles, a meal out...
To those people I say: well done, all of you lucky people. I hope you have a nice day today; no sarcasm or resentment intended. All I ask is that you bear this in mind – for the rest of us, it can be a little bit crap.
Yes, singledom has its advantages (pretty much doing what you like, when you like, be that eating Doritos in your bedroom at 3am whilst having a marathon session of The Wire, or lounging around in your PJs all day playing Xbox). But, much as you can pretend that Bubbles and Wallace and Omar offer you all the companionship you could ever want, there’s really only a very limited amount of company that junk food, video games and TV boxsets can provide.
So if it seems to you like everyone around you is sharing cards, love letters, chocolates and ahem, bodily fluids, then join me as I recommend, in no particular order, my top three anti-Valentines albums for us lonely and disillusioned non-lovers. 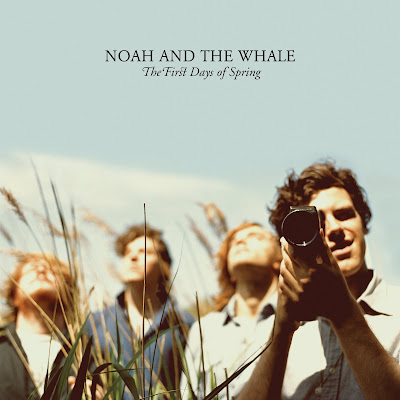 Noah and the Whale – The First Days of Spring

Laura Marling? What a bitch... I don’t really mean that. Well, not much anyway – both of her albums are admittedly excellent. But poor old Charlie Fink.

For those not in the know, Laura Marling used to be a part of Noah and the Whale – her backing vocals can be found littered across their debut Peaceful, The World Lays Me Down, and she was in a relationship with Fink. When the two broke up, she quit the band, and Fink laid the whole thing down in the studio.

Within minutes of Noah and the Whale’s incredible second album The First Days of Spring, if you’re not welling up then you’d better get your tear-ducts checked out. As he croaks out the opening lyrics to the first track, “It’s the first day of spring/And my life is starting over again”, the sense of post-breakup crushing hopelessness is palpable. “I do believe that everyone/Has one chance to fuck up their life”, he continues. Poor old Charlie Fink.

It wouldn’t be so heartbreaking if the music itself wasn’t so damn devastating. Mournful guitars echo around vast, empty space, sorrowful strings practically slice any sense of hope in two. By the time the track has come to its heart wrenching climax, it’s more than likely you’ll be a blubbering wreck.

From that point on, it just keeps on coming. Each new heart-rending lyric bringing fresh feelings of despair (albeit in a very, very moderately uplifting way) – ‘I Have Nothing’ is almost soul crushing with its sheer desolation and soulful hummed backing vocals. For every mildly positive step taken (“You can’t break my broken heart”, Fink declares) comes another blow; following the remarkably upbeat ‘Love of an Orchestra’, arrives the shame-filled and regretful ‘Stranger’.

That such a depressing album can be so listenable is what truly makes this a perfect anti-Valentines album. If you’re feeling particularly cynical and/or thoughtful and philosophical about romance and relationships, the album will perfectly compliment your mood, but will also leave you with a slight sense of positivity at its conclusion and it’s packed with brilliant melodies and arrangements to back up the overwhelming lyrical content. Poor old Charlie Fink.

Choice Anti-Valentines Lyric: “I have nothing/I have no-one/I’ve been so quickly set free”, on ‘I Have Nothing’. 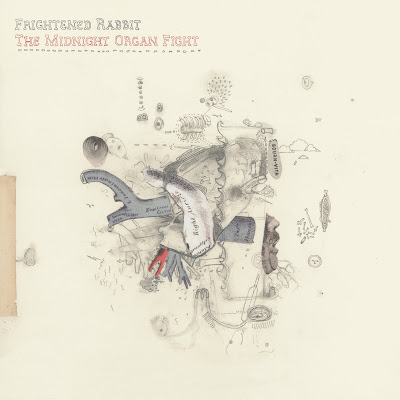 You see it in films all the time – a couple break up. It’s messy, it’s awkward, and there’s a realisation that maybe things weren't actually so bad when they were together. So one of them hops on a plane – they go to New York in search of their ex-partner and suggest maybe they give it another go. Couldn’t it work?

In a Hollywood rom-com, of course they get back together. They reunite, have beautiful children and live happily ever after. Except what if the girl said no?

“I left the house without a fucking clue/I left New York City girl/Without you”, wails Hutchison on ‘I Feel Better’ from Frightened Rabbit’s masterpiece The Midnight Organ Fight.

Whilst Charlie Fink’s breakup album was full of terribly sparse, sonic voids, Hutchison’s account is full of bluster and overflowing emotion. The music is bigger, extremely heartfelt and truly spine-chilling in its cataclysmic anguish. His lyrics are less restrained than Fink’s, running the full spectrum of emotions:

Anger - “Why won’t our love keel over as it chokes on a bone/And we can mourn its passing and then bury it in snow/Or should we kick its c*nt in/And watch as it dies from bleeding?”
(‘Poke’)

And, most distressingly – Suicidal – “Am I ready to leap?/There’s a peace beneath the roar of the Forth Road Bridge”
(‘Floating in the Forth’)

Hutchison’s impassioned Scottish vocals elevate the lyrics, which not only describe how crushing a breakup can be, but also how awkward relationships themselves can become. The sheer desperation of ‘The Twist’ as Hutchison sings “It’s the night, I can be who you like/And I’ll quietly leave before it gets like”, and “Twist and whisper the wrong name/I don’t care and nor do my ears/Twist yourself around me/I need company I need human heat”, is overt, and the primal need for any sort of human connection, even one devoid of feeling, which Hutchison describes is endlessly sad.

At times the lyrics may seem excessively crude, but their raw honesty is startling, refreshing and just plain brilliant. It’s difficult to express just how uplifting The Midnight Organ Fight is too, not only in its sincerity but the swelling, sweeping music itself. Needless to say, this is one of my favourite albums ever, an absolute classic, and definitely one for those who feel unloved on Valentines Day. Poor old Scott Hutchison.

Choice Anti-Valentines Lyric: “I’ve been working on my backwards walk/There’s nowhere else for me to go/I step back to you just one last time/Say yes before I change my mind”, on ‘My Backwards Walk’. 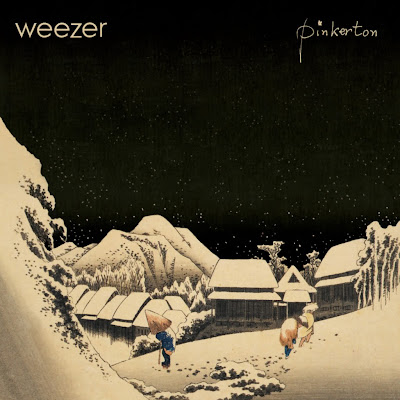 Imagine – life is going really well. You’re in a band with your best mates, you’ve got a record deal, released a really popular debut album of fuzzy, grungey pop-rock, living the dream. What do you do next?

Write a space-rock-opera, go to Harvard, have many sexual conquests and failures, scrap the space album and release an uncomfortably personal, loud, raucous album of shame, anxiety and loneliness with epic guitar solos. Obviously.

On album opener ‘Tired of Sex’, Cuomo laments the amount of meaningless sexual encounters that arrived with Weezer’s initial fame, questioning “Why can’t I be making love come true?” to a thunderous riff that surprised many fans of the mainly light-hearted Blue Album.

In direct contrast with Noah and the Whale and Frightened Rabbit, Cuomo channels his disillusionment into 10 songs of nerdy, woe-is-me heavy pop music, with soaring melodies that rank as many of the band’s best. Pinkerton is a murky, self-deprecating listen, full of uncomfortable confessions (“I sniff and I lick your envelope/And fall to little pieces every time/I wonder what clothes you wear to school”, he recounts of a fan letter on ‘Across the Sea’), but also massive hooks underlying the squeals and buzzing distortion, making it as raw emotionally as it is sonically.

The album also contains probably my favourite Weezer lyric ever on ‘Across The Sea’, as Cuomo falls in love with a Japanese girl who sends him fan-mail, once again lamenting the lack of any personal connection as he sings:

“You send me your love from all around the world/As if I could live on/Words and dreams and a million screams/Oh, how I need a hand in mine to feel.”

The musical crescendo that accompanies those lyrics leads to the emotional highpoint of Weezer’s entire career. Simply glorious.

Choice Anti-Valentines Lyric: “Smell you on my hands for days/I can't wash away your scent/If I'm a dog then you're a bitch”, on 'Butterfly'

So there you have it – my top three anti-Valentines albums. They’re the perfect albums for when you feel like everyone else is having some sort of meaningful relationship when you don’t. Luckily, these aren’t just breakup albums – they’re all incredible pieces of music in their own right, but as anti-Valentines albums they really come into their own.

Now go forth, and spread the glorious misery!